It never hurts to add an extra dog or two. 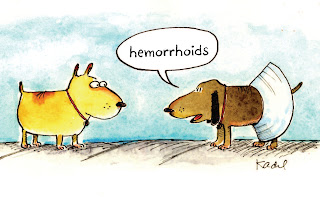 When people hear that I write and illustrate greeting cards they always, I mean ALWAYS, say “That sounds like fun!” And I’m not going to deny that there is a lot to be said for working in your pajamas and seeing the product of your labors on the gift store card rack in the Minneapolis airport. It also doesn’t hurt to get royalty checks on work you did 5 years ago. Royalties are my friends.

The flip side of the coin is that you work very hard on products that might not, probably won’t, sell. Ask any freelance artist in any medium. And it’s surprisingly stressful. For one thing, when you're thinking, and this job requires a lot of thinking, it looks like you're not doing anything. Modern society requires that, unless you're inert in front of the tv, you need to be doing something. Something visible.

So. I was always the kid who drew pictures. In kindergarten I remember another girl asking if I would draw a horse for her. I’m fairly certain it wasn’t a very good horse, considering I still can’t draw horses worth diddly. My high school notes were liberally festooned with doodles. I drew my own cartoon Christmas cards.

But, here’s the thing. I didn’t think it was Art. I went to the University of Oregon where the painting teacher pretty much told us to express ourselves and then she went somewhere and drank coffee until the term was over. For that, my parents paid tuition? One time I asked a friend of mine who was a successful painter to tell me the difference between a painting and an illustration. She said illustration is about the subject matter. A painting is about the paint. That, I thought, is a very clear definition. My work is about the joke, son. So. I didn’t find out I was an artist until I was 37 years old. How did I know? I finally got paid for doing art. Until someone else put a value on my work, I didn’t value it myself.

In 1990 I moved in with a money-centric man who couldn’t fathom that I did elaborate greeting cards just for my loved ones. For free. He badgered me to submit my work to card companies until, just to silence the nagging, I assembled a dozen samples and mailed them out to several outfits including Recycled Paper Greetings. Imagine my astonishment when four art directors wanted to buy my stuff. Who knew? Twenty years later, the IRS thinks I’m an artist, even if my old painting teacher doesn’t.

Quite a few people have told me I should teach cartooning. My reply has always been a terrified look and the observation that no one has any idea how many false starts, how big a pile of eraser shavings, or how many embarrassing sketches it takes to produce a completed cartoon. But today I had a stab at it when I was invited to talk to a group of very funny ladies who have an annual gathering and invite someone to teach them something. Last year it was a mason bee expert. This year they got me. I told them all the stuff above and made them draw their hands without looking at the paper and heard, in turn, their hilarious senior (literally) prom and life drawing stories. And one of them offered to give me her exceedingly glamorous shoes. Today, the learning went both ways.
Posted by Unknown at 11:57 PM

That was an absolutely delightful rendition of your artistic career! Thank you for sharing!

Guilty as charged and proud of it! Now millions can enjoy your work instead of what....... a dozen maybe?
The Money-Centric Man
(somewhat less so now, though)